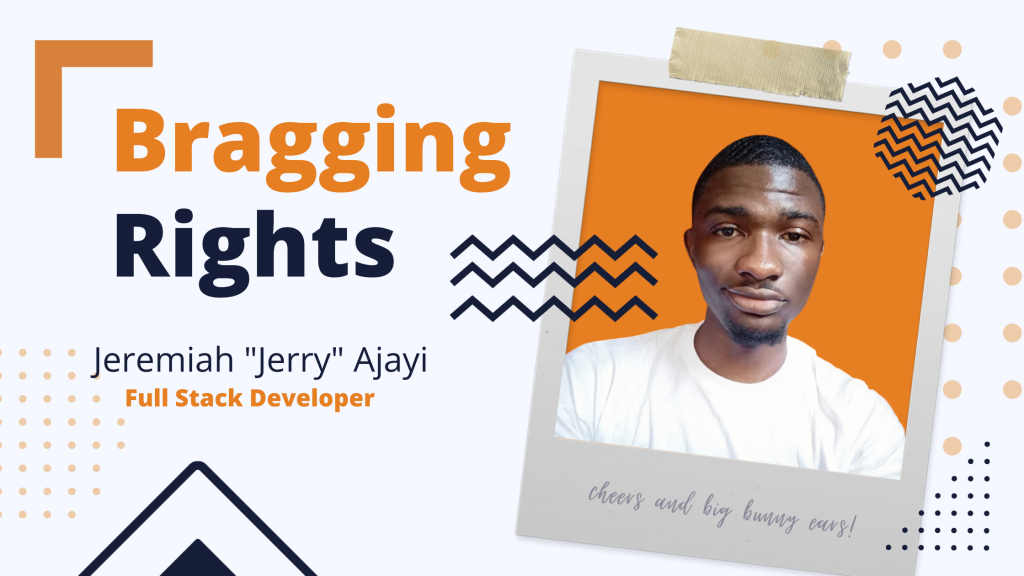 Some amazing things about Jerry that we want you to know:

He taught himself to ride a bike on a random day…. And only in one day!

With no one to teach him, and wanting to ride, he watched others around him, and just went for it. Did he crash that first time on a bike? Yes (join the rest of us!) and that was the first and last time in the learning process. He got back up, back on it, and didn’t….crash……again. Learn a bike by yourself from only watching other people and nailing it within a day?? Check!!

He’s gradually moved from being deeply shy to holding conversations, and being more of himself in social situations over time.

For anyone who’s been shy (or still is), you know how difficult it can be to come out of your shell and express yourself in conversations and in social gatherings. Yep, it can get awkward. And though it’s taken time, and perseverance, he’s made significant strides – considering he didn’t like to talk to anyone..at all. Listening? Sure. Talking?? Noooooo, thanksss.

All in all, it’s a journey that will continue as the months and years roll on.

A journey that only gets better with time and: one conversation at a time.

He helps others how he can with whatever he has available to him.

Every day, Jerry would trek long distances to take his little brother from school and back via bike. He’d take his dad’s bike, drop his brother at school, and trek back to pick him up every day. On top of getting his brother to school, he also saw people in need of assistance, and even though it inconvenienced him, he would have them hop on and take them where they needed to be, or close to it. Jerry’s generosity is a shining aspect that’s hard to contain and thankfully, it spills over to the ones around him. You don’t need to have a lot to help others out in big ways. You never know how much you’ll impact people just by being yourself and having a kind heart.

He’s compassionate through and through – loves helping people around him any way he can with what he has.

What does that look like? Someone had a deadline to meet for paying her fees at school, and she couldn’t afford it at the moment. Though it wasn’t at all convenient for him, he just had to help out. He paid for her fees, and because of that generosity, she was able to go to school. That’s pretty amazing. There was also someone that was stranded and without money far from where they needed to go, and, knowing what feeling stranded felt like, Jerry went home (a short 15 minutes away), gathered everything he had, and gave it to them to help them on their way. There are a few more stories like this. I think you get the gist: compassion and empathy are just in Jerry’s blood.

He taught himself to code, starting by only using paper, pen, an old mobile phone, and memorizing everything….

Say what?! Yep, you read correctly. When he was 17, he became familiar with the chatting platform called ToGo, checked it out, and decided he wanted to build a website. The thing was, he didn’t have a pc, only a mobile phone and also no coding experience. What do you do in that situation? I don’t know what you would do, but Jerry?! He started learning javascript and php with his mobile phone, pen, and paper. Writing code down, memorizing it, and implementing it. Rinse, reuse, repeat. With that, he created web pages manually. Talk about commitment & perseverance – there’s no lack of it here. He basically created his own training program. Who can say that?! From there, his knowledge only grew. His dad, who didn’t think he could do anything with all of this before, saw Jerry’s conviction and dedication and gave him access to a pc. Off he went to eventually become the learning machine he is today at Bunny Studio!

Golden Nugget: Believe in yourself.