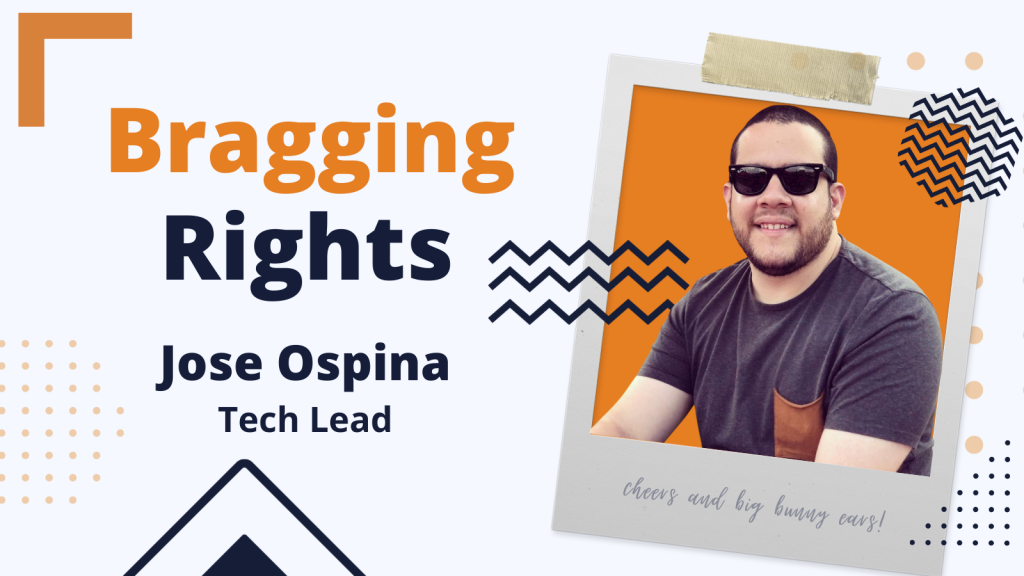 Some amazing things about Jose are:

He’s proud of being a good human being.

No matter the circumstance, he tries his best and gives his all every day, one day at a time. Treats people with respect, compassion, with equality, and hates racism and sexism. Do we all have bad days? Yes. Do we have to let them rule us? No. No, we don’t.

Math teacher told his parents: don’t waste your money on him. He graduated and became an Engineer.

In school, his math teacher disliked him. Though he wouldn’t go anywhere and let it be known that he thought so. What kind of teacher does that?! So what did Jose do? Though it was a struggle in the math realm, he graduated and decided he wanted to be an engineer. And an engineer is exactly what he became. A few years later, he saw that teacher again and told them that he made it, and he was an engineer, despite the obvious lack of respect and belief in his student. “I am more than what you thought of me.” Remember: No one can tell you who you can be, and what your true potential is.

Started one of the largest communities to talk about tech in Cali, Colombia, called CaliJS.

Jose is always learning and constantly growing. Researching and reading up on tech all of the time – sometimes 2-3 hours per day. He gets lost in it. Well, during one of these times, he realized it’d be great to talk to some people about it, and right after that, realized that there weren’t any communities that actually talked about tech in Cali. So he started one. Because of this group, they’ve had speakers come talk to the community on all things tech, created a network + connected so many fellow tech enthusiasts to opportunities, and helped numerous people in the process on their growth journey. You never know where your passion, curiosity, and love for something will lead you – or how the world will change because of it.

Golden Nugget: Try your best, always. Find what you want to learn, and learn it.