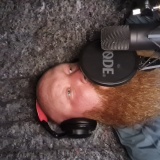 Why Dale stands out

All voice over samples from Dale Preston

As a child growing up, i was on an acting and modelling agencies books and auditioned for lots of different TV adverts, shows and films too. I did 3 TV commercials including a Boots Pharmaceuticals ad, a Honda Civic ad and a Butlins Bognor ad too. I also did a spot for German radio with voiceover and i auditioned for the Harry Potter film series too. Since i was a young child i played around with mimicking character voices and had lots of fun throughout. I reached the age of about 27 and decided i wanted to do something with my by then, built up range of different character voices. Over time, i decided to get voice coaching to help expand my skillset for character voices to also be able to voice Commercials, Corporates and Elearning projects. I can also voice for some other genres too like Narrartion, Medicals etc