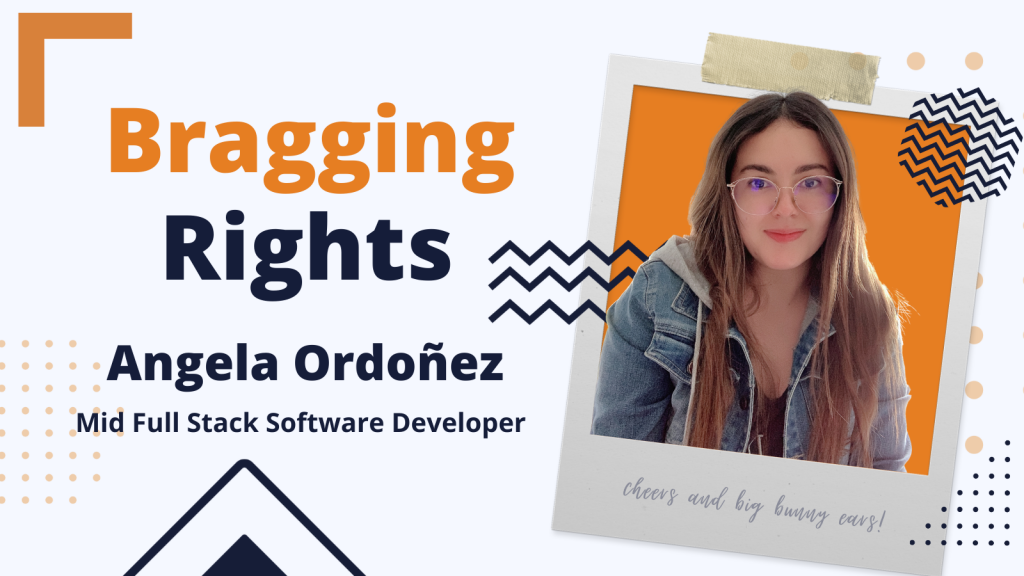 Let’s get to know Angela. This fantastic person is proud of the following accomplishments:

To expand her horizons and her language skills, Angela went on an adventure through Europe. Immersing herself into the multitudes of cultures, customs, foods, and languages that abound there, she grew not only in her ability to communicate in the English language but also in her ability to understand and appreciate the world outside of her usual one. Travel changes and teaches you in ways education cannot, and this fabulousness is something that Angela embraced then and embodies now.

Grew as a person by living far away on her own

When she graduated from university, she left her small city where she was born and where all of her family was and moved to a much bigger city far from all of their support. Always having lived and been around family, she – for the first time – began living alone. Figuring out how to navigate a new city’s public transportation, finding her way as an individual within a new cultural dynamic, teaching herself how to cook, calculating how to pay bills with what needs to go where and how often, and budgeting for all of it while getting a hang of how to be independent and alone. Difficult though it was at that time, it was just as beautiful. We cannot depend solely on parents or family to grow for our growth as humans. We need to make our own mistakes, find who we are, and discover who we are not.

Successfully overcame being new, not knowing anyone, and being the only woman in a work boot camp where they decided whether she got the job depending on how well she did on a project

Have you ever walked into a room to find yourself totally alone in gender, in knowledge, in being? Then this is something that you can relate to. When Angela walked into this company’s boot camp, it was her first job, the first experience of this kind, and she felt completely alone. There were some people who knew each other or had been working in the field for some time, while she didn’t have any field experience or know anyone, especially who to talk to and who to ask for help. As the project went on, she became more comfortable with the people around her and in her own skin, and in the end, the project was a success. Growth starts outside of our comfort zone, and though it can be scary, it’s almost always much more rewarding.

Went from a career she found lacking, to one she’s in love with

She started off as an industrial engineer, and though she thought this was the way she wanted to go, as the days went by, she realized that she was unhappy, and only became more so as the weeks went on. Deciding to find what she was passionate about, Angela undertook the task of experimenting with new subjects and ideas until she found coding and programming. From there it was all downhill. She dove straight in, teaching herself the terms, the languages, how to do it all and all from scratch. Not only did she find teaching herself to be fun and enlightening, but she also finds teaching others just as fruitful. Using clear communication and a desire to show people that are interested in growing and learning in her field, Angela regularly helps anyone in need of it. One way is that she participates in React Medellin to share her knowledge and love of it with others. After all, if you want people to truly succeed, what better way to make an impact than to teach them what they want and need to know??

Golden Nuggets: I believe that we can help the world to be a better place. Not all of the people think or do something about that: recycling, throwing garbage on the street, not wasting resources, helping animals and others around you, etc. Every small effort counts to make the world a better place. We can make a difference every day, and we do whether we know it or not.