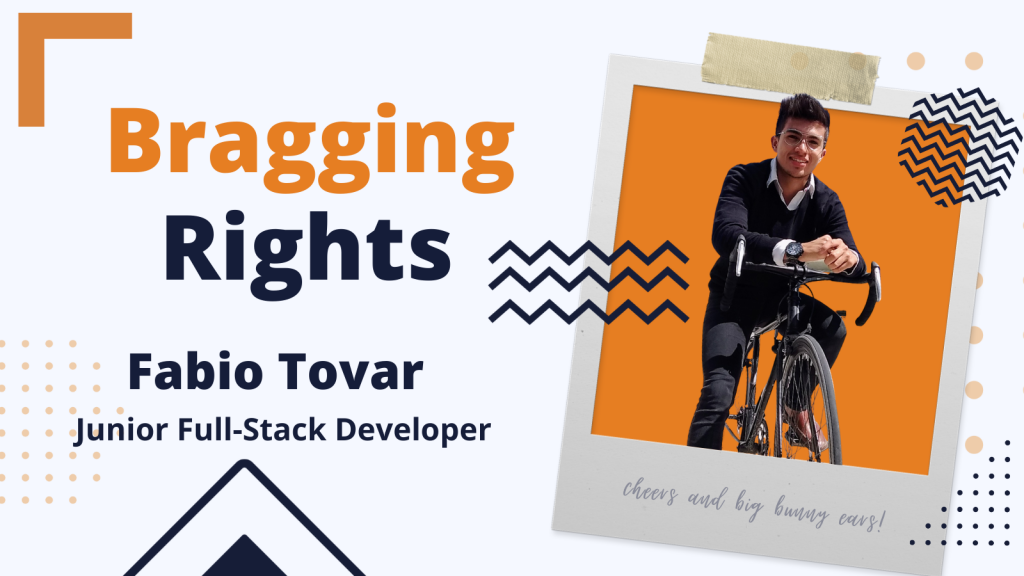 Let’s get to know Fabio. This first-rate person is proud of/that/for:

His parents are proud of who he is as a person.

Family can be complicated, and sometimes we don’t know until we’re older what they had to go through to be able to do to provide what they did for us. Fabio’s parents were some of those parents. And throughout any challenge they faced, they made sure they did their best to raise him to be a good son, and a good person. They’ve watched him grow with pride to achieve so much in his academic career, and translate that into his professional life.

A top student from primary school to university.

From the beginning of his schooling well into his college days, he always came out on top. In 2018, he led a group project that happened to win them a contest and was formally invited to Palo Santo, California to receive the prize. The project was an automatic intelligence system that was low cost, that had a social impact on the farming community within the country. Create something that creates change on a social level, win a prize, travel to a new country to accept it, and get a paper published on it? Add focus, determination + Fabio and you’ve got the perfect mix for success!

Built an entire system by himself.

For any dog lovers and owners, you can probably understand not having enough time to walk your dog, and also wanting to give them as much love and attention as possible. Well, Fabio helped some animal lovers do just that. He was given the opportunity to build an entire system (by himself) which consisted of a platform for dog owners to safely and securely pay + contact dog walkers + keep tabs on their beloved animals while they were working. He didn’t have a lot of experience at the time as a designer and he was tasked with designing the whole thing. 6 months later – ta da! Platform complete. Not bad for little experience + big project + short time frame.

Volunteered in some of the most complex and complicated places in his city, and around the country, to make a difference.

Fabio worked as a volunteer where he helped people gain access to services, such as education, to enhance their lives. During that time, he saw many difficult things that were at times troubling to be privy to; all ages of people struggling, and in particular young people struggling with issues that are hard for even adults to deal with. He listened to people’s life stories and did his best to show them that there were possibilities and opportunities that existed that would better their lives as well as bettering society. This unique experience helped him to gain a perspective he would have not gotten otherwise, and instilled him with an even deeper sense of gratitude and awareness. Be grateful for what you have, and know that there is always an opportunity to have a better life and be a better person. It starts with us. It starts with you.

Golden Nuggets:  Change your perspective and it will change your life.