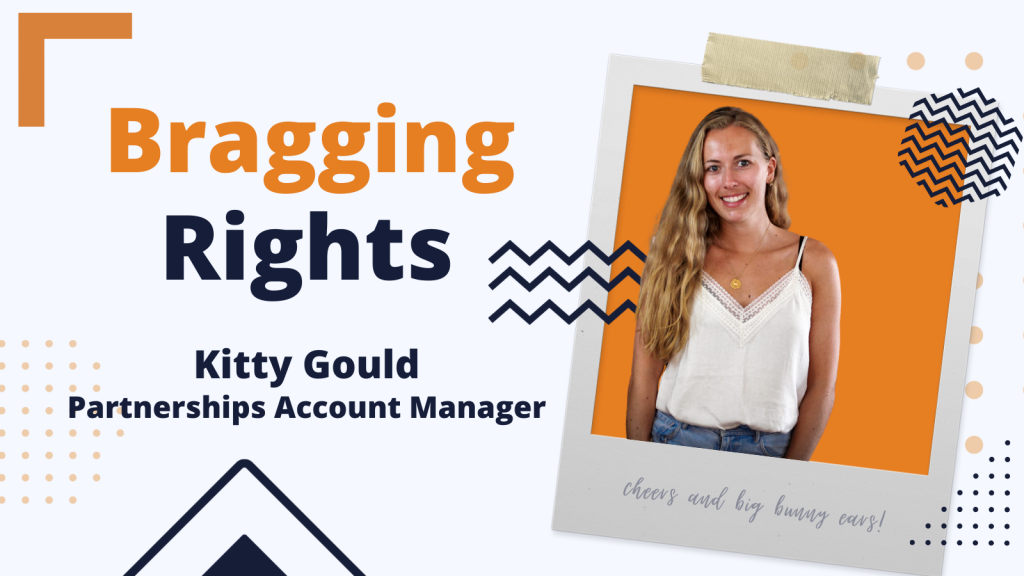 Let’s get to know Kitty. This splendid person is proud of/that/for:

Experiencing new countries and new cultures as a child shaped her into who she is as an adult.

At 5 years old, Kitty moved to France and was put into a French-speaking school. Knowing no French, or the culture of France in any way, she embraced it and quickly found ways to socialize, making friends along the way. At such a young age and so eager to learn, she would’ve been hard pressed not to. She had many other experiences like this in her life throughout the years – being put into new situations, not knowing what to do or how to do it. After some time, a theme emerged: you can do anything and everything because though life will always change, with time, things do get easier and you get better at being comfortable with growing outside your comfort zone. Think positively first about something, don’t worry about what others think, and just go for it. You may surprise yourself.

Went from knowing 0% Spanish to finishing university with a distinction in it.

When she first started studying the language, she had no idea what she was saying to who. Aka, no clue. What do you do when you don’t know any part of a language at all? Why you move to a country you’ve never been to that you don’t speak the language of, that’s what! In this case, it was Colombia, where she did a year of full immersion in the Colombian culture, lifestyle, and Spanish language. When Kitty came back to her university and finished her degree, she had a distinction in Spanish. It’s not an easy thing to get and it wasn’t easy for her in general. Learning a new language can be..tricky. Yet, she did it and did it well. Being fully immersed in an experience that everyone should have at some point or another – teaches you to figure out who (and where) you are, one syllable at a time.

Being able to pave her own way and grow within a company, while feeling lucky to be a part of it.

When Kitty started, she started as a production manager (which is now called a Customer Experience). She was in the role for 3 months when a sales position opened up in Bunny, and she went for it – enter her role in Outbound Sales. At that time, there wasn’t enough bandwidth to go around for someone to fully head it up, so she took the initiative to do as much as possible: researched clients, who they were, how to talk to them, and everything in between. Tried new sales tactics to figure out what worked and what didn’t. Figured out how to prospect, and know the product like the back of her hand. Self-sufficiency became her m.o. From there, she transitioned into Account Management, (where she still is currently). In another situation where there was no head of the department, Kitty hit the pavement running once more, trying out new things, maintaining key relationships, and falling in love with all of it. The beautiful thing is that everyone within the company is continuously learning, still expanding, and there is never a shortage of things to be done and explored. With supportive leadership and teammates that continue to productively challenge each other while bringing new ideas to the table, Kitty feels lucky to be a part of Bunny Studio as it evolves.

Moved to another country thousands of miles away on a whim only to make life there.

After graduating, and having been in Colombia previously, Kitty decided to, well, to move from the UK to Colombia. Did she have any friends there? No, not really. A plan of action? Sort of. She knew that she really liked the country, and wanted to take a chance and enrich her life. So, leaving all of her friends and family behind, she left and arrived in the country alone, with a grasp of the language, and a heart full of excitement. 4 years later, she made a full life for herself, a career in tech, rich memories and amazing friends for life. And though she moved back to the UK, she came back a better professional and person, fluent in a foreign language, a love and appreciation of the Colombian people, more confident, with an open mind, and a braver heart.

Golden Nuggets: You’ll only ever regret what you didn’t do.