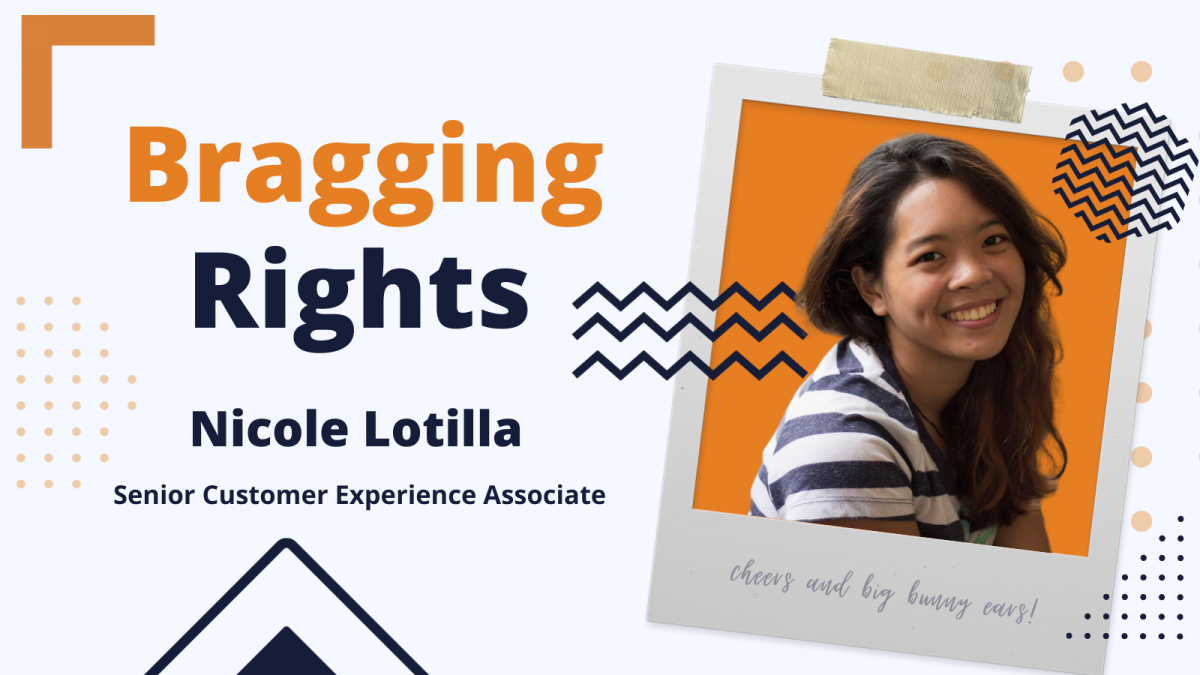 Let’s get to know Nike. This wondrous person is proud of/that/for:

Applied for a contest just for fun, and ended up winning it.

At her college, there was a contest for the School Achievers Award. Though she didn’t think she’d get very far, just for fun, she entered to see if she could at least make the preliminaries. What she didn’t expect was to win the contest in her whole department! Surprising herself, she realized that she had better communication skills than she thought,  could be a good leader and a  great public speaker. You will never know what you can do until you push yourself past what you think your limitations are. You may find you are more powerful than you ever thought possible.

Made her own organization in her senior year of college.

Even though she was busy in her last year of university, she decided to make her own college organization, focusing on special education children. She was able to run 2 successful events, while also studying like crazy, attending all of her last classes, and also focusing on midterms and finals for graduation. And though it was only a short period of time, the skills attained by creating this club, only helped her more in her coming years to want to help people even more in an effective way, professionally and personally. When you take the time to make a difference in people’s lives, even briefly, it matters. You never know how much of an effect you can have on people with an act of kindness and love.

Became a lead teacher and manager for an NGO fresh out of grad school.

Right after graduating grad school, Nike found herself happily working for an NGO, engaging young kids as a head teacher, and managing everything and anything to do with the NGO itself. That range spanned from teaching grades 1-3 to putting on events, running volunteer orientation and training, managing get togethers, and whatever else came up. It showed her that she could learn and implement things very quickly, run and make things work with little direction, create and lead effectively and with compassion, and keep her sanity all at the same time. Not a small feat!

At first, it started out as Nike noticing a 90’s vintage clothing trend happening in the Philippines. From there, she wandered into thrift stores and found some of those trendy items within the haystack of things. She decided to see if the pieces would sell if she got them. And boy, did they. From there it was like treasure hunting, and it became so much fun (and so successful) that her boyfriend became inspired and joined in! It grew from selling just a few pieces here and there, to getting invited to bazaars and school fairs to sell their finds. At a certain point, streetwear faded to the side for Nike, and girls clothes came into her view, so she switched over and started selling those instead. Technically, she started 2 clothing companies! With the pandemic, life has slowed down a bit, but the eye for fashion still holds, and you can be sure that when the world has calmed, you’ll be seeing her out there in the fashion world, making an impact one stylish statement at a time.

Golden nugget: Embrace the fear of unfamiliar situations and get out of your comfort zone: it just may change your life and you may just feel more alive.