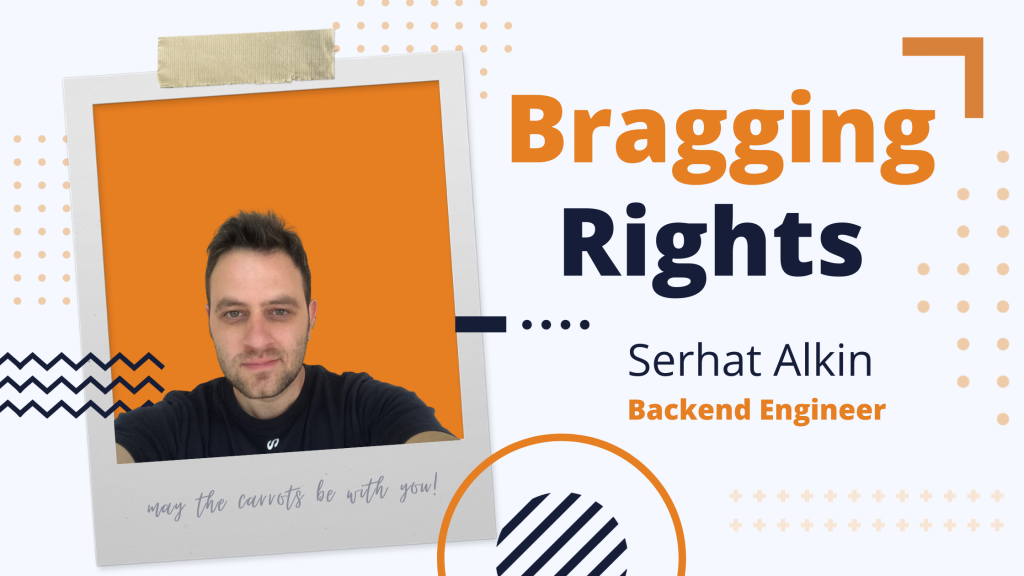 Some amazing things about Serhat are:

If he wanted to start something and follow through to the end? No problem. If he wanted to quit something, he could do it – eeeeeeasy. He likes trying different and new things on the adventurous side, and because he knows his limits, he knows he’ll always be ok. His strong willpower has led him many places, including to his wonderful wife, who is currently going for Masters in Software Engineering. It seems to run in the family. 😉

Moved to a new city with only his backpack and 5 years later, moved out of that city with a wife, a remote position, and a dog.

He started with whatever he could fit in a backpack, let for a new city by himself; knowing no one or nothing about the new city. For one entire year, he only had one new friend and spent his birthday alone. And though it was difficult, he stuck it out. Persevered. And after arriving alone, with no one and barely anything, he left with a family and a job he loves. You never truly know what beauty tough experiences will bring into your life, if only you have the patience for them to arrive.

Took care of his brother at 7 years old with his father in another country.

When he was 7, his little brother was born. His father had to move to another country to work and support the family. So, Serhat had to step in and take care of his little brother. He’d take him to school, take him to soccer practice and games, protect him from the outside world – this and so much more. He was his brother’s protector and caretaker. It takes a lot to step up and take responsibility for other people at a young age, and Serhat did just that. Maybe that’s where his will and drive to do and be his best comes from; he commits and knows he can achieve anything because he’s done it before, and changed more than his own life in the process.

Golden Nugget: All it takes to achieve what you want in life is a little willpower and some perseverance.