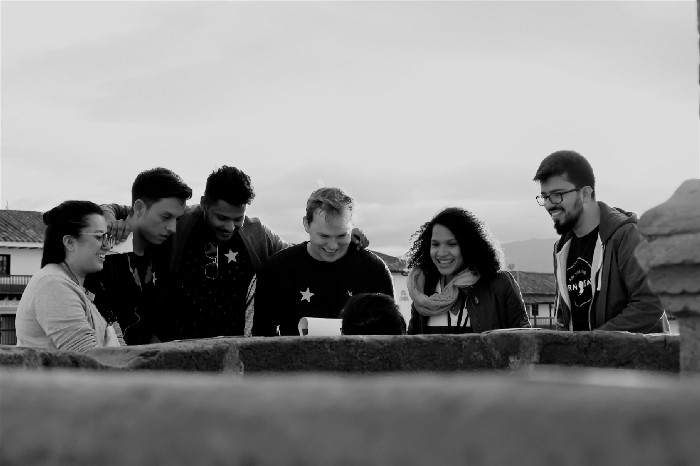 Get To Know Our Advisors: Jessica Mercedes

It’s important for remote team members to stay in touch with one another, beyond just work stuff.

Over the past few weeks, you’ve had a chance to meet two of our company advisors: Andres Barreto and Tania Zapata. They have helped shape Bunny Studio from its very beginning. In the process, we’ve also shared their advice to us as a company for others to learn from.

Just as valuable too, is the advice of industry experts who haven’t been with us from the very beginning. Sometimes, an outsider’s eyes on our company and culture can bring a fresh perspective.

Such is the case with Jessica. This year was her second time as an advisor to our retreat. So, while she knew most of us from our previous year’s retreat, so hadn’t been following closely all year. As someone looking in, what advice did she have for us, a remote company with employees distributed across multiple time zones?

But I’m getting ahead of myself. First, let’s meet Jessica. What specific expertise did she bring to the retreat?

Jessica is an entrepreneur, venture capitalist and non-profit director. As the Managing Director of Firstrock Capital, she invests in tech startups and helps them build engineering teams in Latin America. As Director of Coderise, she empowers kids in developing nations by teaching them how to code. These approaches work together towards solving a bigger issue.

Jessica has a varied background — as a venture capitalist, startup entrepreneur and non-profit director. That variety is one of the reasons her perspective is so valuable. At Bunny Studio, we know that we don’t always have the answers. We also know that learning directly from experts is one of the best ways to grow educationally and professionally.

So, what was Jessica’s advice?

“Startups can be like families”, she says. This becomes even more true when a remote startup comes together to work in person. This fosters a feeling of closeness and, with it, open communication. It’s this feeling of closeness that leads to her first piece of advice. “Don’t let that feeling stay at the retreat”. Continuing that closeness in communication throughout the year is important, especially if your team members geographically scattered.

The importance of open communication was underscored during of of the workshops we participated in during the retreat. In groups, we listed the things that, as a company, we excel at. We called these accelerators. We also listed areas in which we could improve. These were called inhibitors. It was telling that some groups listed communication as an accelerator, others as an inhibitor. Team members working from more isolated time zones, especially, felt there was room for improvement.

So, there is work to be done in that area, Jessica emphasized. It’s important for remote team members to stay in touch with one another, beyond just work stuff. Perhaps organize pre-work or after-work virtual hangouts where the focus is on hanging out, not talking about work. It’s also important to track your progress in this area together, as a company. Jessica suggested revisiting the topic in six months after working on improvements around the issue. Would people still feel the same way after some changes?

It’s because of feedback such as this that we moved our company-wide meeting time to Thursdays, early morning time in the Americas. Why Thursdays? Well, we used to meet on Fridays but Friday is the first day of the weekend for our team members living in Muslim-majority countries (Egypt and the UAE). Why early morning, North and South America time? So team members on the other side of the world (Japan, India, South Africa, and the previously mentioned Egypt and the UAE) don’t have to stay up past midnight to participate.

We also have weekly virtual tea hangouts, we anyone can join in on a virtual call, chat and relax together.

We constantly work on staying connected and communicating better. Feedback and advice like this is what drives us to improve. After all, we set high goals for ourselves. In order to achieve them, we need to be the best that we can be.

From Jessica, we (and you) learned the importance of fostering closeness and communication in a remote team. Her advice also underscores feedback team members also gave during the retreat. But feedback or advice alone isn’t enough. In order to improve, you need to reflect on it and make actions for improvement. That’s why we have weekly virtual tea hangouts and a weekly company-wide meeting at a time everyone can attend.

Check back with us in six months, like Jessica suggests; we’re sure to have made even more communication improvements by then. Because, sometimes, a poke from someone outside the company can emphasize previously given feedback even more.

Like what you read? Want to join us? Stay up to date with our latest career offerings!

Maria Alejandra
Maria Alejandra AKA Male is the People Operations Coordinator at Bunny Studio. She’s a Psychologist major specialized in Human Talent Management, she’s worked in the Human Resource field for the last 4 years. During her career in Bunny Studio, she has been able to help grow the company and doubled its team size in less than a year. She’s passionate about finding unique talent worldwide and giving them their best remote work experience.