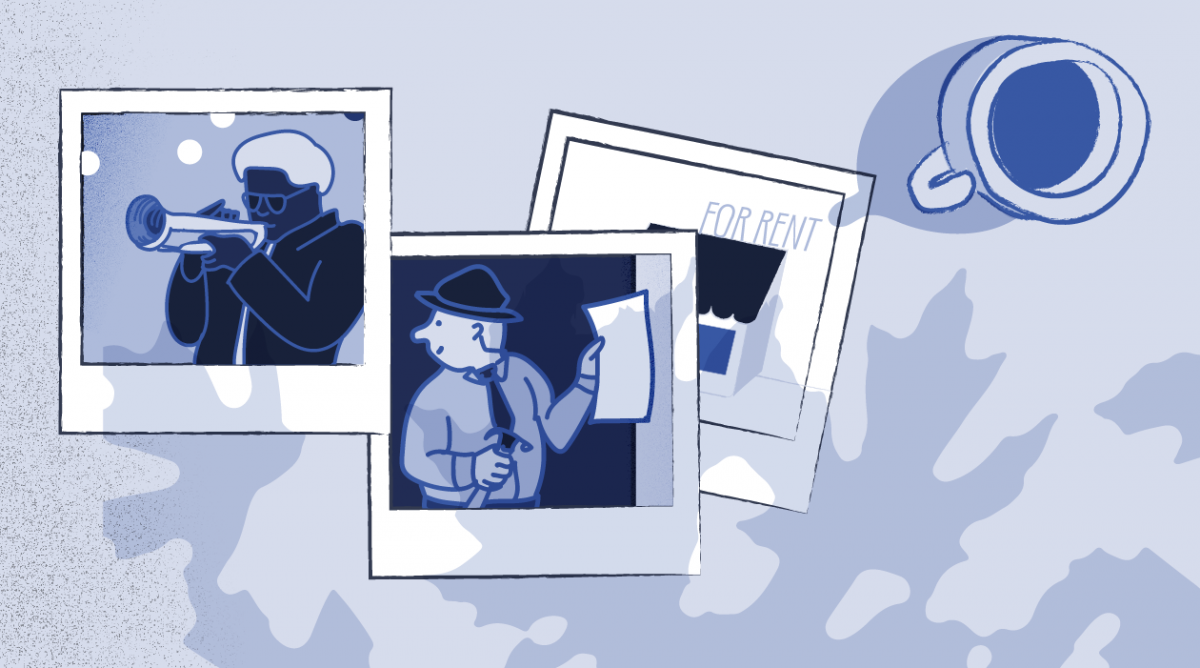 The History of The Gig Economy

It seems like the gig economy took the world by storm overnight. Indeed, we’ve made incredible strides in our relationship with work and employment; ideas like flexibility, virtual teams, and better work/life balance seem to be the talk of the town. But, alongside these new ideas, some are asking themselves “just where did all of this come from?”.  And true, at a time when nearly 60 million Americans do some form of freelancing, the history of the gig economy is still a mystery to many.

In truth, the gig economy is older than you think and has undergone many changes. Moreover, it seems that not many people are completely in agreement about what it is, and isn’t. While many definitions abound, it seems we haven’t all gotten on the same page when it comes to the scope and duration of gig economy work.

But what we all have agreed upon, is what a “gig” is. A gig is a job, a single project or task. Through digital marketplaces and online services, employers (companies or individuals) can choose to hire talent on-demand. Of course, at Bunny Studio we’re no strangers at championing gig economy talent; awesome freelancers, alongside our day-to-day staff, make up the lifeblood of our company and the main ingredient for our success. Not surprisingly, we’ve also been on the frontlines when it comes to trying out new, better ways to approach work.

But, enough talk. Let’s take a look at the basics, and then delve into the history of the gig economy.

The History of The Gig Economy: Basics First

First, let’s define our terms. As we’ve established, gigs are single assignments or tasks that freelancers undertake. Some prefer to work per gig, and others take these projects as replacements for full-time employment. Others yet prefer to work with gigs on a strictly part-time basis and choose to pursue a career elsewhere.

Meanwhile, employers tend to hire freelancers on online marketplaces such as Bunny Studio. Others still, prefer to hire through word-of-mouth, or informal, non-contractual arrangements.

It’s the combination of gigs, workers, employers, and marketplaces that creates the gig economy. But, is it short-term, or long-term? In a previous article, we wrote about our take on the matter.

It would be a mistake to lump informal work with the gig economy. For the purpose of this article, we will define the gig economy as high-quality, readily available professional services. And it’s no surprise that most—if not all— of this work takes place online.

Of course, definitions vary depending on whom you read. Others, like Brian Wallace on Linkedin, think different:

Looking at this definition, you might be tempted to think that gig work is the same as contract or freelance work.

Certainly, gig work has a lot of similarities with these types of work, but the key difference is that gig work tends to focus on short-term, single projects or tasks. Indeed, most gig jobs tend to be quite short-term, requiring only a few hours (or even minutes) to complete.

Again, when it comes to us—and this new gig economy section—we favor our own definition. But, that doesn’t mean that the second is without merit, though. In fact, both short-term and long-term gigs are vital components of the gig economy.

A Brief History of The Gig Economy

Before we get bogged down in ideas of online marketplaces, short or long-term, let’s backtrack. And we mean, really backtrack! The history of the gig economy goes back longer than you might think.

The history of the gig economy goes as far back as the smoky lounges that hosted 1910s jazz sessions. Really? Yes, it was jazz session musicians who first minted the term “gig” to refer to musical performances.

These musicians typically worked on a per-job basis, so they were, essentially, the pioneers of gig work. Or, at least under that name.

The Great Depression was one of the worst times in American history. After a period of abundance and industrial booms, millions toiled in poverty and squalor. Added to that, the unimaginably high 25% unemployment rate certainly didn’t make it easy to find a steady source of income.

Thus, many had to rely on their ingenuity, and accept whatever work came their way. Most people migrated from farm to farm or took odd jobs to try to make ends meet. 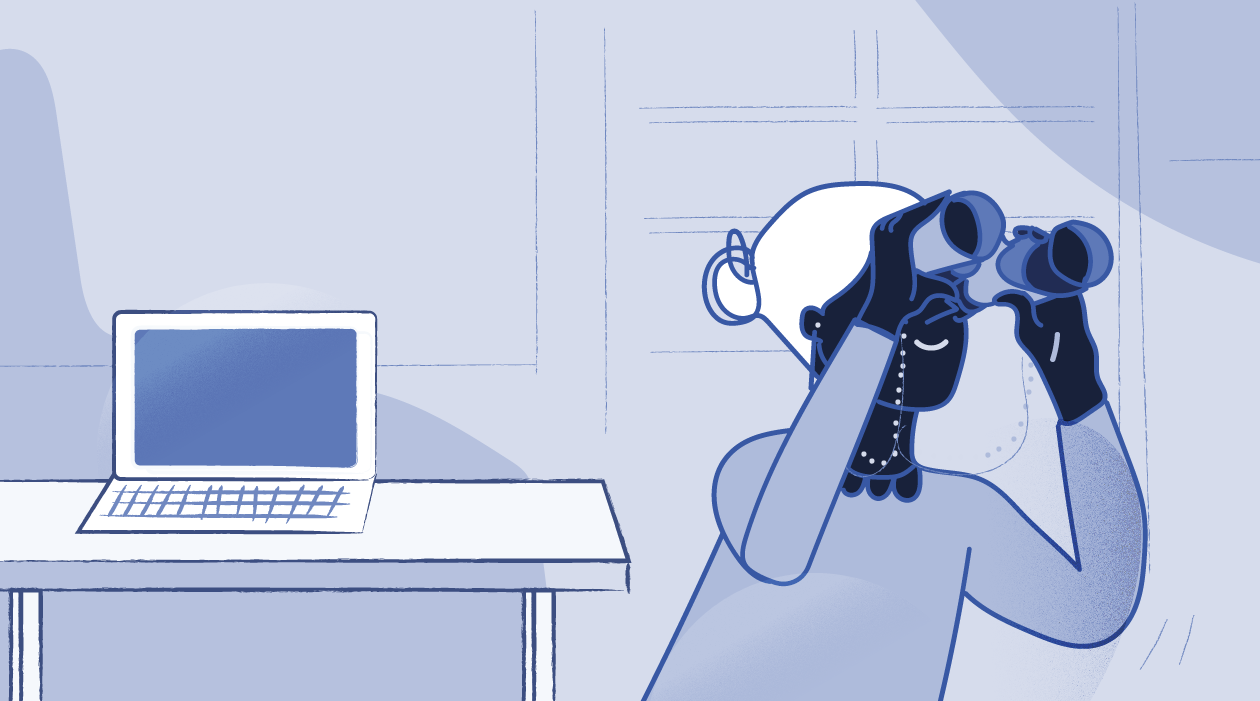 This was a defining moment in the history of the gig economy. The economic prosperity of the post-war years saw, for the first time in a long time, more work than employees. And thus, many companies and smaller stores were finding themselves short-staffed.

This is when temp agencies came in to fill the gap. These companies offered short-term staff to fill in mostly clerical positions in offices. Thus, we could consider them some of the first providers of organized employment in the gig economy.

While informal, short-term work continued to exist, things really took a turn in the mid-90s. What changed things? The internet, of course! The digital age dawned rapidly, and it brought about thousands of new ideas that suddenly went from “impossible” to “absolutely doable.”

First came the creation of Craigslist, where people could create informal or formal job postings, among many other things. This alone was a tremendous change in the way regular people accessed the job market.

Then, the late 90s brought about the first freelancing websites and the history of the gig economy took a turn towards the more recognizable form we see today. But, this was not the end of its evolution by a long shot. In fact, things would start to pick up speed in the incoming years.

2008 and 2009 were all-important years in the history of the gig economy. First, it was the appearance of the holiday destination giant Airbnb, created by two ingenious friends who decided to rent out an extra air mattress. Then, they turned their profitable improvised bed and breakfast into a $75-billion platform where owners can rent their properties to vacation seekers year-round.

Second, it was the creation of a mammoth market force in the gig economy: Uber. This ridesharing app allowed drivers to taxi users to their chosen destination. The platform got a commission for every drive, essentially converting both the driver and the end-user into effective customers, all the while providing millions of job positions and opportunities where there were previously none.

Added to this, other platforms like Lyft and Cabify started cropping up. Nowadays, ridesharing is dime-a-dozen, but back then it was a revolution in the way people worked.

Finally, freelancing sites were still going strong, and more people started entering the gig economy than ever before. And so it would continue, until the unparallelled growth of the 2010s.

Nowadays, many companies have taken notes from the way Uber designed their app. Thus, you find anything from dime-a-dozen ridesharing competitors to food deliveries (like Uber Eats), or even out-there propositions like apps that feature freelance psychic palm readers.

Even more so, freelancing sites have become incredibly popular, and a huge chunk of the US population is working outside of the confines of traditional employment. These online professional services, as we wrote in a previous article, range from managed to non-managed:

On the one hand, open or marketplace firms enable the interaction between customer and worker by letting companies post short-term jobs/gigs. Then, they select the worker better suited for the job based on their reviews, reputation, and interaction with previous employers. Additionally, in this sort of platform, any person can participate as a work provider. In consequence, in this model, the quality of the outcome is not always guaranteed.

On the other hand, managed services firms are more involved in the whole interaction between clients and work providers.

Furthermore, this is compounded by the mass adoption of virtual work across the board, especially after the COVID-19 pandemic started. Now, companies are not shy about employing both full-time workers and gig economy professionals to create absolutely powerhouse workforces. Additionally, they no longer have to choose just from what’s in their geographical location; they can pick and choose among the best from around the world and every timezone to create the perfect team.

If anything, it looks like the history of the gig economy is going to be one of ongoing, powerful growth.

History of The Gig Economy: The Future

When we look to the future, we’re optimistic. The COVID-19 pandemic hit everyone hard, but even among the tragic consequences, there is room for hope. As of now, many expect a full economic recovery, and even a possible boom, after the downturn of the pandemic. This, in turn with people wanting to find more flexible, alternative ways of work, the adoption of virtual teams, and other factors, create unique conditions for better things to come.

If anything, we’re excited about being a part of the ongoing history of the gig economy. We’re continuing to focus on:

But we see this as the beginning, and not the end. As more companies and individuals enter the gig economy, things will only change for the better, with new ideas, new horizons, and new ways to make access to opportunities and high-quality professionals better for everyone. Understandably, we can’t wait to see what the coming years bring, and we hope to be there for you every step of the way!

Emiliano Pardo Saguier
A translator by trade and a writer by heart, Emiliano has been a Bunny pro since 2018. While based primarily in Buenos Aires, his restless heart and unquenchable wanderlust always get him across borders and into some island paradise or other. When he’s not furiously scribbling, he’s most likely dividing his time between being a social butterfly, pursuing musical passion projects, or cultivating spiritual pursuits. Hire this Bunny pro here