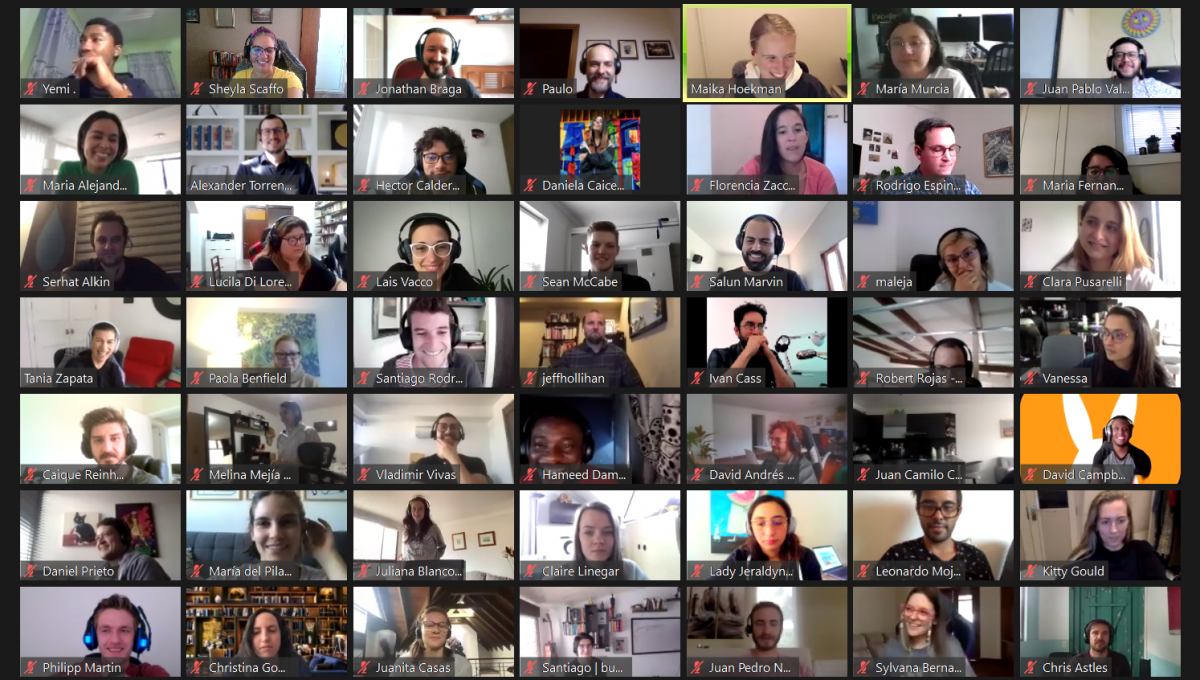 What are “company culture and principles”, anyway?

At Bunny Studio, we recently held a company retreat. As a remote company, we all get together in the same physical location once a year or so. Why? Well, to get to know each other better, yes. But also to tackle challenges together. While we communicate remotely with each other very well, it is beneficial to sometimes meet face-to-face. This is especially true when trying to answer big questions like “what is our company culture?” and “what are our company’s guiding values?”.

A period of change.

Bunny Studio is at a crossroads. We are currently re-evaluating our way of working and asking ourselves those same difficult questions, with the overarching question being — “what sort of company and employer do we want to become?”. We’re looking at the values and culture that have served us well over the past few years and taking the time to analyze them critically. What do we want to keep and what have we outgrown?

Such a period of change must be led by the company’s leaders. After all, if they are not aligned and working towards the same goal, how can the rest of the company hope to be successful?

With that in mind, Bunny Studio ran a leader’s workshop during our recent retreat.

The workshop was designed by Victoria Vivas with the end result of making the leaders think about Bunny Studio’s company culture and values. The specific activities were important, yes, but what is most important is the questions they set out to ask.

What makes up our company culture and values? What do we care about the most? In the long term, how do we want to change and how do we want to stay the same? Split up into groups, that was for the leaders to debate.

How did we do it?

In order to spark that debate, each group was given a series of cards. On these cards were listed aspects that could be considered intrinsic to our company culture — remote work, education, flexibility, empathy, etc. The teams then had to decide which cards to keep and which to discard. Once that was done, they used their remaining cards to connect the dots, as it were. Which principles were well-supported? How did they interconnect? During that process, some cards were rescued from the discard pile and others made their way there.

In the end, the purpose of the exercise was to break down what we think of as our company culture and principles, then re-build them.

Looking for a consensus.

The workshop’s activities sparked intense and varied conversation across the groups. What was most surprising were the differences as to how each group approached the guiding questions.

Some groups loudly debated, other negotiated quietly. Some decided to keep all aspects of the company culture that had been presented to them on cards, building upon them as a base; other groups decided to start from scratch. Some organized the company values logically, others organized them as an interconnected “messy hairball”.

There were differences, too, in what each group, and each individual leader, found most important. Some valued Bunny Studio’s commitment to remote work above all else, others focused on other culture aspects — such as our workplace education programs or company frameworks.

What are company culture and values, then? What are they made up of? Are they more than our structures and assets?

In the end, we’re all just people.

Sorry, were you expecting more than that? Okay, then.

A company’s culture and values are made up of many things. Its assets and knowledge, yes, and its structures and guidelines.

But all organizations are made up of people. People make organizations tick, increase knowledge, and achieve success. They are the underpinning of an organization but, at least in the corporate world, they are easy to forget.

When asked what makes up Bunny Studio’s culture and values, no leaders mentioned any specific names. And, really, I don’t blame them. We at Bunny Studio do so much cool stuff. We’re proud of what we do and how we work as a team, and rightly so. We’re shaping the future of outsourcing and that is a lofty goal.

But it bears reminding that an organization is nothing without its individual people.

Yes, of course, we are also our knowledge and our products and our structures. At its core though, beneath all that, an organization is the people who make it up. During a period of fast change, it’s easy to overlook that.

Well, we’re still trying to pin down our company culture and values. We worked on this conundrum throughout the retreat, both as leaders and as a company. We’re moving forward as a team.

So, do we have a concrete answer for you, now? Do we know how our company culture and values will change in the future?

No, not for certain. But we’re sure of one thing, though. The discussion of company culture and principles will end soon, as it must. Once the discussion is closed and everyone commits to the same goal, then it is time to move forward and grow. Regardless of that final outcome though, we will plan for our future together, as a team.

After all, at Bunny Studio, our people are our greatest strength.

Please note this blog is a copy of the original published in Medium by Emmy Tither.

Maria Alejandra
Maria Alejandra AKA Male is the People Operations Coordinator at Bunny Studio. She’s a Psychologist major specialized in Human Talent Management, she’s worked in the Human Resource field for the last 4 years. During her career in Bunny Studio, she has been able to help grow the company and doubled its team size in less than a year. She’s passionate about finding unique talent worldwide and giving them their best remote work experience.