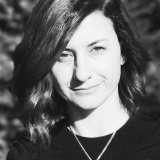 All voice over samples from Aline Saadé Saadé

I am not a child anymore, but still love to play! I have been a voice talent for the past twenty years now, played over a hundred lead characters for cartoons, sitcoms, documentaries, movies and games. I am for example the arabic version of Arya in Game of Thrones, Dora in Dora the Explorer, Lala in Teletubbies, and Kim in KimPossible. I worked for the Disney Channel, Warner Brothers, BBC cartoon network, Jazeera Kids, Baraem and Discovery Channel amongst others, and I am still very much in love with my job! What i offer: Respectively in Arabic, French and English. - Voice Over for movies, television series, animation and games. - Children voices from three to eighteen year olds. - Lead voice for online games and applications. - Song performer for movies and series. - Female cartoon characters. - Voice actor for advertisements. - Narration for documentaries. - Narration for eBooks.