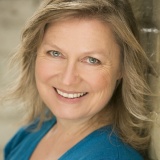 All voice over samples from Juliet

Juliet has worked in the acting industry for twenty years, on stage and tv and has always worked in voiceover. “When I’m building a character “ says Juliet, “I always start with the voice.” Juliet’s voice over career began with a BBC Radio Drama series for schools playing a feisty Scottish princess called “Rinca” who bravely journeyed to the Underworld on a quest for the Chalice of Wisdom! Ever since then she was hooked into playing with her voice and recording a wealth of different programmes & dramas for the BBC. A couple of years ago, Juliet decided to focus more on voice and now enjoys a richly diverse range of work! In a day, Juliet can jump from corporate explainer to topical documentary for a charity and then to power-crazed empress in a computer game and is often called upon to deliver from her broad palate of accents. “There is real diversity to my work and I love the challenge of of switching swiftly from native Queen’s English to Australian corporate, to switchboard operator, regular UK IVR to teenage London girl with attitude for a testimonial style piece! The diversity keeps me honing my craft & keeps me creatively challenged and that is very exciting!” Juliet’s recent credits include: Marilyn Schirmer “The Maz Factor” Audiobook, Under An English Moon Audible.com, Narrator for “The Lonely Letter “e” by British Academy award winning Animator Tony White, Hitachi, NHS. Juliet is a regular voice for Aviva, Deutsche Bank, Hilton Hotels, Hogg Robinson Group, John Lewis, Malaysian Airlines, Microsoft, Royal Caribbean Club Cruises, TalkTalk, Vodaphone. Juliet reads to Stroke patients in hospitals and rehabilitation clubs, bringing favourite stories, poetry and songs to life. “This is such a rewarding job” she comments, “`it’s wonderful to see patients being uplifted, laughing, re-connecting with themselves again and it’s like I can leave them with that gift of a poem, story or song, that they can treasure and revisit as often as they like” Juliet regularly works for e-learning programmes aimed at children and adults, often using children’s voices boys & girls animal voices & impressions for characters as well as voicing a friendly, clear, guide to on-line learning. She once made an appearance as Miss Piggy in full costume fulfilling a young boy’s dream to meet his idol and secretly playing her’s! Several times Juliet has been called upon to vocalise Her Majesty the Queen of England for a corporate awards ceremonies! Maybe this could turn into a regular thing! I can deliver in wav or mp3 usually within 24 hours or less depending on the length of the script often within 4 hours for short projects. I work with a Macbook Pro, NT1A condensed studio mic, Firewire Solo interface. Heres a handful of testimonials: Close communication, friendly and easy to work with Bluestatedigital.com EXCELLENT WORK. Australian Juliet is not only VERY talented but caring, careful, communicative, likeable and ethical, she is a lovely person to deal with. I strongly recommend Juliet and would be glad to refer her in person. It is the least I could do. Marylin Schirmer Marilyn Schirmer author of The Maz Factor Juliet provided a fast turn-around service. I was thrilled with the emotion and the accent she used. It was a short, but powerful read and I would not hesitate to use her services again for my upcoming projects. Many thanks Juliet! Irish accent PracticeEdge-Simon Mauger Juliet does a great job making the character come alive with her great acting and fantastic voice. A highly recommended actress! Brad Power, S2 Games It was a pleasure to work with Juliet. We will be glad to see her at our future projects. Natalya Tregubova, Elephant Games A true professional. Very well organized and the accent was flawless. Scottish Carl Puccio, Alpine Access

4.8(5 Reviews)
OIM-San J. -
"Excellent, thank you!"
Imad D. -
"Thanks for your excellent work"
Imad D. -
"Perfect thanks for all!"
Lisa K. -
"Calm, clear voice and slow read is appreciated to assist audience in understanding these items clearly."
Jonas C. -
"Excellent work again. Thanks so much" 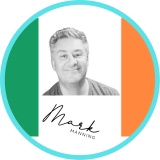 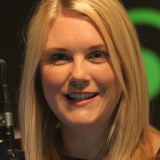 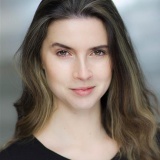