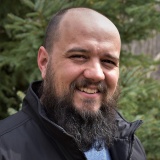 Why Sean stands out

All voice over samples from Sean Gurnsey

gurnzillacreative.com Growing up Sean was always told to stop making noises, and silly voices. Years later, his energy and excitement and story telling ability has given him opportunity to hit the stage as a public speaker, teacher, and preacher. Then a strange turn of events put Sean in the studio, and now he is lending his voice to projects around the world! Sean has a diverse range of character voices, and loves trying to find the perfect voice for characters in video games and cartoons. Sean has worked for many companies including, Nintendo, Marvel, Budweiser, CAT footwear, PAYPAL, and more!